3.2, also known as the Loot Update, is a massive update that was released on 17 January 2020.The update's primary change was how loot is handled with mobs.

Additions
Blocks
Enhancers
Divine Enhancer
Luck Enhancer
Frame Bench
Has a GUI.
The player can place scrap metal inside and click one of the corresponding buttons to create frames.
Living Growth
This is a block that is used as a part of Vinocorne's boss animation.
When the player uses Petals on the Vinocorne Shrine, a crop-like block spawns in on top of the shrine. The crops then grow until it resembles Vinocorne. After this, the block disappears and Vinocorne spawns in.
The block can be destroyed prematurely to stop the boss from spawning.
Trilliad Bloom
Generates naturally in the Shyrelands.
Items
Alien Orb
Not present in the creative inventory or JEI.
Obtained from the rare table.
Has the rarest drop rate of any item in the game.
When used on a Zal Citizen, causes a chat message to display.
Blank Realmstone
Obtained by opening a Worn Book.
Can turn it into any realmstone by doing certain tasks for the gods.
Completing a task turns the Blank Realmstone into the corresponding Realmstone.
Once completed, the Realmstone cannot be reverted to a Blank Realmstone. Another Blank Realmstone must be obtained.
Using the Blank Realmstone opens up a GUI.

Blank Realmstone GUI.
The GUI shows the task required for each dimension and dimension progression tree.
List of dimension tasks (so far):
The Nether: Throw out a Blank Realmstone while submerged in lava.
The Abyss: Defeat the Wither while in the Nether.
Ancient Cavern: Kill 5 different Crystal Constructs in 30 seconds.
Barathos: Defeat a Husk with a Blank Realmstone.
Candyland: eat a Heart Fruit while in the Precasia dimension.
Celeve: defeat a clown with a lelyetian greatblade.
Creeponia: Defeat a Host with an explosion.
Crystevia: Use a Deep Crystal on a Case Construct.
The Deeplands: Mine an ore at bedrock level.
Dustopia: Spawn Shadowlord while the player is inflicted with Night Vision.
Gardencia: Throw a Blank Realmstone into a Carrot Crop in Precasia, then defeat your creation.
Greckon: Use nightmare flakes on Elusive.
The Haven: defeat a Flye with a melee attack while in the Lelyetian trees.
Immortallis: get hit by a Construct of Strength inflicted with Strength II.
Iromine: Use a Blank Realmstone on the Mineralization Station.
L'Borean: Let a Gardencian creature soak In Candied Water, then kill it.
Lelyetia: Survive a fall of 26 blocks or more.
Lunalus: jump over the void in the Haven with a gravitator.
Mysterium: Inflict a Creepird with Poison.
Precasia: Combine a Blank Realmstone with one of each overworld sapling.
Runandor: Take a Vox Light to Mysterium and place a Blank Realmstone And Runic Energy on top of it, then activate it with an Active Rune Stone.
The Shyrelands: Combine a Blank realmstone, Magic Mending Solution, Sunfire Orb, Haunted Flower, Darkly Powder and Ghoulasm together.
Vox Ponds: show a trader in Creeponia a blank realmstone while wearing a hazmat suit.
Using a Blank Realmstone on an Ancient Teleporter removes the current portal.
Exp Flask
When place in the hotbar, will cause any vanilla experience to be stored in the item instead of going into the player's vanilla experience bar.
The item can then be "consumed" (like food) to add the experience to the player's experience bar when needed.
The Exp Flask overrides the Mending enchantment when its in the hotbar.
Frames
Created at a frame bench.
Used at an infusion table to create weapons.
Archergun Frame
Blaster Frame
Boots Frame
Cannon Frame
Chestplate Frame
Gun Frame
Helmet Frame
Leggings Frame
Shotgun Frame
Sniper Frame

Lotto Totem
Sold by all Lottomen.
Can be placed in the world if there is enough spaced.
When placed, spawns a series of 5 entities.
The player can win a prize by selecting the correct entity, otherwise get nothing if they chose wrong.

Nether Realmstone
Creates a portal to The Nether when used on an Ancient Teleporter.
Does not replace the vanilla Nether portal.

Entities
Heartstone
Functions similarly to the Heartstone item.
The Heartstone item has been removed.
Anima Stone
Functions similarly to the Anima Stone item.
The Anima Stone item has been removed.
Tablet entity
All tablets have an entity associated with them when placed in the world.
Undead Herald
Spawns naturally in lots of dimensions.
Sells banners.
Has the Soul Agent texture.
Dead Tree
Looks like a tree with no leaves.
Spawns in forests.
Functions similarly to Hiding Fungi
Spawns a Tree Spirit when killed.
Damage dealt to the Dead Tree carries over to Tree Spirit.
Primitive Carrotop
Spawns when the player throws a blank realmstone on a carrot crop in Precasia.
Defeating it will give the player a Gardencia Realmstone.
Creeper
A passive creeper that spawns from the Creepified Sword, instead of a hostile one.

Charger Safari
Obtained by defeating one of every Charger variant.
Framed!
Obtained by creating a frame at the Frame Bench.
Going to Hell For This..
Obtained by attacking a Zal Child with fire.
Mightiest Tree in the Forest
Obtained by doing enough damage to a Dead Tree so that the Tree Spirit that spawns afterwards is defeated instantly.
Structures
Eye Bulb Grotto
Generates naturally in the Abyss.
Consists of a small cave with some Eye Bulb Plants inside.
Other
Trilliad Blooms now generate naturally in the Shyrelands.
GUI
Added a new theme to the Advent GUI.
Added an icon in individual mob bestiary entries to indicate how to close the entry.
Added mob attributes to the mob bestiary entries.
Added a popup that appears on screen when the player tries to do something whenever they don't have a high enough level in a skill, or don't have enough resources.
Can be changed to chat messages in the mod's config file.
Gamerules
destructiveWeaponPhysics
Set to false by default.
When set to true, it allows any explosive weaponry to destroy blocks.
It also allows bullet projectiles to destroy more fragile blocks like glass, leaves, and foliage.
doStrongerMobGriefing
Set to false by default(?).
When set to true, mobs from the mod can destroy blocks.
More minor effects like the Giant Snail's acid are affected by the vanilla mobGriefing gamerule instead.
Configuration
Always Chargers
Makes almost every mob added by the mod take the appearance of a Charger.
The only thing that changes is the model, everything else about the mob stays the same.
allowNonPlayerPortalTravel
If set to true, allows mobs to travel between dimensions using the mod's portals.
allowUnsafeInfusion
If set to true, allows enchantments higher than the max enchantment level of an enchantment to be obtained at an Infusion Table.
For example, Fortune V.
customEntityAnimationsEnabled
If set to true, enables various mob animations.
easyCorruptedTravellers
TBP
fasterFloatingDimensions
TBP
Hardcore Mode
Causes the player's highest skill level to decrease by 1 level upon death.
Party Deaths
Causes the player and mobs to spawn confetti upon death.
Event configuration
The ability to configure the rate at which events occurs has been added.
Commands
aoawiki
When used in-game, this command will generate a clickable link in the chat that will take the player to their specified wiki page.
Usage: /aoawiki <Page>. Replace <Page> with the name of the page you want to search.
Tinker's Construct Compatibility
When Tinker's Construct is installed, all metals added by the mod will have molten fluid versions. These can be obtained by smelting them in a Tinker's Construct smeltery, as usual. The liquids can also be casted into ingots and blocks.
All metal blocks added by the mod can be used to create Tool Forges/Stations.
Tool parts for the metals do not exist yet.
Changes
Note: changes are as of Donator snapshot 6. Subject to change.

Dimension Progression
Many of the dimensions have been shifted around in progression and accessibility. 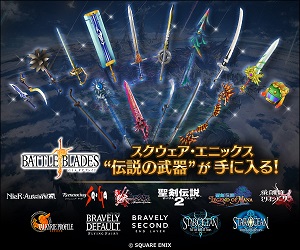